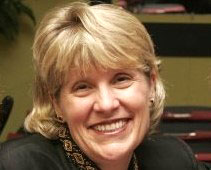 Dinah Lindberg Helgeson recently retired from International School Bangkok after nine years as Head of Fine Arts and the high school choir director. Dinah is in demand as a guest conductor and choral clinician in the U.S., Canada, and southeast Asia. She has conducted several all-state, ACDA and provincial choirs throughout the U.S., Canada, and southeast Asia. Dinah loves retirement and spends her time guest conducting, facilitating vocal/choir retreats/teacher workshops and adjudicating.

Dinah was born and raised in the lovely state of Montana and attended college at Pacific Lutheran University and graduated with a Bachelor of Arts in Music Education. While at PLU, Dinah was member and soprano soloist with The Choir of the West under the direction of Dr. Maurice Skones. She studied with Barbara Poulshock and was named the Cecelia Shultz Soloist winner. Dinah pursued graduate studies at University of Southern California where she studied with Dr. Rod Eichenberger.  She considers Richard Nace, Geoffrey Boers, Mary Moore and the late John Trepp four of her dearest mentors.

Dinah is proud of her blended family: Tim and Corrine, Teri and Jack, and Heidi and Dave; and most importantly, grandchildren Riley, Trey, Avery and Laila. She loves living on Vashon Island, Washington, watching Puget Sound and the view of Mt. Rainier from her deck.