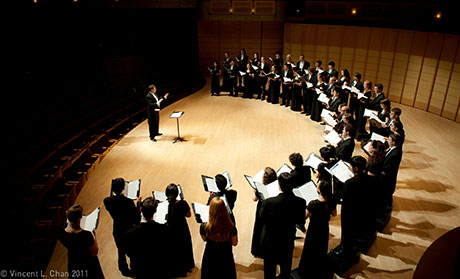 University Singers is the premier choral ensemble in the UBC School of Music. This 40-voice select ensemble performs the most advanced, dynamic, and exciting music written for chamber choir spanning the Renaissance Era through to contemporary compositions.

The Singers have toured through Europe and North America. Recently they performed in Spain and the United States. This choir is open by audition to both music majors and non-music majors. 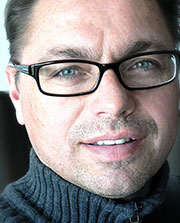 Dr. Graeme Langager is the Director of Choral Activities at the University of British Columbia School of Music, and the Artistic Director and Conductor of the award-winning Phoenix Chamber Choir of Vancouver, Canada.

Dr. Langager received the Bachelor of Music degree in Jazz Studies from Capilano University prior to pursuing a career in choral conducting. He received his master’s and doctoral degrees in Choral Conducting from California State University, Long Beach and the University of Cincinnati College-Conservatory of Music respectively, and has taught at high school, college, and university levels in the United States and Canada.

He received the Distinguished Alumni award from Capilano University in 2013 for his accomplishments in the fields of music and education. He has also held positions as Director of Choral Activities at the University of Arkansas, and Cuesta College, California.

He is active as a composer and arranger, and is sought-after as a clinician and guest conductor.