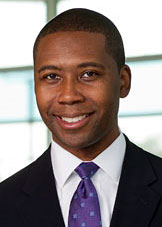 Rollo Dilworth teaches undergraduate and graduate courses in choral music education and serves as conductor of the University Chorale at  the Boyer College of Music and Dance [Temple University]  in Philadelphia, PA. His scholarly and creative interests include: composing for developing voices; choral pedagogy (elementary and secondary); analysis and performance practices in African-American choral music; and teaching choral music in urban settings.

Prior to his appointment at the Boyer College, Dilworth was on faculty at North Park University in Chicago for 13 years where he was Director of Choral Activities and Music Education. Before teaching at the college level, he taught choral and general music at the middle school level in his native town of St. Louis, MO. During his pursuit of graduate degrees, Dilworth was accepted into the composition studios of Robert Harris, Pauline Oliveros, Marta Ptaszynska, and Robert Ray.

More than 150 of his choral compositions and arrangements have been published — many of which are a part of the Henry Leck Creating Artistry Choral Series with Hal Leonard Corporation. Additional publications can be found in the catalogs of Santa Barbara Music Publishing and Colla Voce Music, Inc. Dilworth is a contributing author for the Essential Elements for Choir and the Experiencing Choral Music textbook series, and for Music Express! Teachers Magazine. He authored a book of choral warm-ups for elementary and secondary choral ensembles entitled Choir Builders: Fundamental Vocal Techniques for General and Classroom Use. Dilworth has co-authored another choral warm-up book entitled Choir Builders for Growing Voices.

Dilworth is a life member of the American Choral Directors Association (ACDA) and serves on the ACDA Eastern Division board as Repertoire and Standards Chair for Student and Youth Activities.  He is Chair-elect for the Chorus America Board of Directors. Dilworth also holds memberships with the National Association for Music Education (NAfME), the National Association of Negro Musicians (NANM), and American Society of Composers, Authors and Publishers (ASCAP).