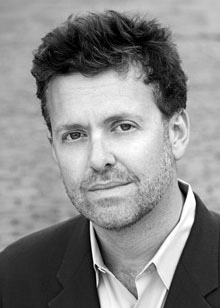 Peter Eldridge ranks “in the celebrated tradition of melodic poets, most famously represented by such disparate voices as Stevie Wonder, Paul Simon, Joni Mitchell, Van Morrison and Steely Dan – singer/songwriters who create catchy, beautiful tunes with insightful lyrics that are both personal and universal” (allmusicguide.com).  He continues to combine his talents into an eclectic mix of performing, composing and arranging, recording, as well as teaching (after almost 20 years at the Manhattan School of Music as the head of its graduate jazz voice department, Peter joined the voice faculty at Berklee College of Music in Boston). Peter was also recently asked to be artist-in-residence at Western Michigan University.

He has released four solo recordings; Stranger in Town garnered Best Jazz CD of the year by Boston radio station WICN; Fool No More is full of Peter’s evocative original music in a sophisticated pop setting. Following was Decorum, a 2005 release of originals. The  Latin-inspired Mad Heaven was released in 2011 on the Palmetto label

Peter is currently working on two new recording projects; one with jazz great Kenny Werner and strings, and the other a project of mostly new originals with his trio (Ben Wittman on drums/percussion and Matt Aronoff on bass). Both projects are being planned for release in 2014.

Peter is also a founding member of the vocal group New York Voices, which is celebrating its 25th anniversary this year, and has recorded eight albums (including  New York Voices Live with the WDR Big Band Cologne and Let it Snow, the group’s first holiday album). Two projects they collaborated on received Grammy Awards (with Count Basie Orchestra;  Paquito D’Rivera). The group continues to make numerous guest appearances, and tour internationally, with appearances including Carnegie Hall, Avery Fisher Hall, and the Kennedy Center.

In 2008 Peter was invited to join Kurt Elling, Jon Hendricks and Mark Murphy for a ‘concept concert’; the Four Brothers. He is also a member of the vocal group Moss, which combines the talents of Luciana Souza, Kate McGarry, Theo Bleckmann, and Lauren Kinhan. The debut album by Moss was named one of the best CDs of the past decade by Downbeat.

Peter wrote the musical score with composer/conductor Adam Waite for the PBS documentary film No Job for a Woman, which tells the account of women reporters in WWII, as well as writing his first full-fledged musical with Chicago playwright Cheri Coons about the life, loves and art of Austrian painter Gustav Klimt. Peter’s music was recently featured in NYC’s Playwright’s Horizons production of a new play called THIS by Melissa Gibson.

He is regularly asked to lead master classes and workshops around the world, and as guest conductor has directed all-state groups in New York, Colorado, Iowa, Pennsylvania and Illinois.