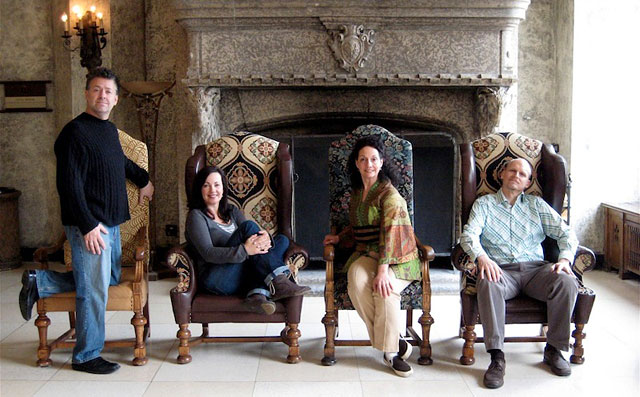 2013 marked the New York Voices‘ 25th Anniversary. This critically acclaimed vocal group is known for its close knit voicings, inspired arrangements and unparalleled vocal blend. Their chameleon-like musicianship allows them to move seamlessly from setting to setting, be it orchestral/big band to the intimate trio lineup.

Formed by Darmon Meader, Peter Eldridge, Kim Nazarian, Caprice Fox, and Sara Krieger, New York Voices had their first performances in1988. Darmon, Peter, Kim, and Caprice attended Ithaca College in NY and were part of an invitational alumni group formed to tour the European Jazz Festival circuit in the summer of ’86. In 1992, Sara Krieger retired her chair, and after auditioning over 60 vocalists from all over the United States, the group found Lauren Kinhan.

NYV also works in the field of education, giving workshops and clinics to high school and college music students throughout the world. In 2009, they opened the New York Voices Bowling Green State University Vocal Jazz Camp. It is a wildly successful venture that admits students from all over the world at different ages and stages in their musical lives.