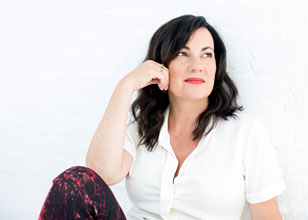 When legendary Phil Ramone discovered and signed Lauren at a Bitter End performance in NYC in 1997, people began to really take notice of her unique and fiercely creative voice. With influences steeped in jazz, followed closely by her love of the great singer/songwriters, she has morphed a style that borrows from both disciplines while moving the original song forward in new and unexpected ways.

Since 1992 Lauren, a graduate of Berklee College of Music, has been a member of the internationally renowned vocal group New York Voices. Their career has taken them all over the world, working with the likes of Nancy Wilson, George Benson, Bobby McFerrin, Paquito D’Rivera, Jon Hendricks, Annie Ross, Ivan Lins and The Manhattan Transfer.

In 2013 NYV celebrated their 25th Anniversary with two new releases; New York Voices Live with the WDR Big Band and their long-anticipated holiday CD, Let it Snow. New York Voices shares two Grammy awards for their featured work on Paquito D’Rivera’s Brazilian Dreams in 2003 and the Count Basie Orchestra’s Live at the Manchester Craftsman Guild in 1997.