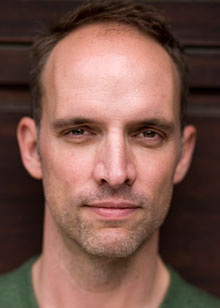 A world-renowned composer, arranger, vocalist and pianist, Greg Jasperse is the Director of Vocal Jazz at Western Michigan University. He is also the director of the award-winning Gold Company vocal jazz ensemble.

No stranger to the stage or recording studio, his voice can be heard on numerous movie soundtracks including Jurassic World, Epic, Oz, The Great and Powerful, The Campaign, Star Trek and Star Trek 2, Disney’s Sofia the First,  as well as the Red Hot Chili Pepper’s Monarchy of Roses and The 2nd Law from Muse.

Greg is a member of Vertical Voices and has also toured with the New York Voices and the Bob Mintzer Big Band on their Japan tour in 2014. He has also performed with Adele, Imogen Heap, Jennifer Holiday, Joe Williams, Rosemary Clooney, Dianne Reeves and Bobby McFerrin.

His music is performed around the world by many of today’s premier ensembles including Chanticleer, the Philippine Madrigal Singers, the Los Angeles Master Chorale, Chicago Children’s Choir and the St. Olaf Choir.

He is a graduate of University of Miami and Western Michigan University.