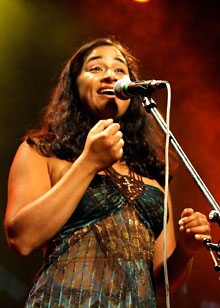 Suba is in demand as a choral director, arranger, educator, sound designer and composer. She has composed and produced music for theatre, film, radio and dance. Highlights include collaborations with Oscar-nominee Deepa Mehta, the CBC, and most recently working for a second season at the Stratford Festival.