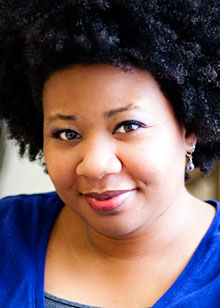 Born and raised in Saskatchewan, Cynthia Peyson Wahl holds a Bachelor of Music Education (University of Regina), a diploma in Contemporary Music (MacEwan University), and a Master of Music Education (University of Toronto). Since 2005 she has taught vocal jazz, choir, piano, and musical theatre at Daniel McIntyre Collegiate Institute, and was the jazz choir director at Canadian Mennonite University in Winnipeg, Manitoba.

At DMCI her choirs have presented Showcase concerts at Choral Canada’s biennial Podium conference (2010) and the Canadian Rocky Mountain Festival in Banff in (2011, 2013). In 2011 and 2012, her choirs won the Earl Grey Trophy for outstanding performance at the Winnipeg Music Festival, and in 2011 her Chamber Choir won the Lieutenant Governor’s Trophy for most outstanding performance of the festival. In May 2016, Cynthia presented on Jazz Choir Best Practices at the Podium conference in Edmonton, Alberta.

In 2012, Cynthia was the recipient of the Michael Proudfoot award for excellence in choral teaching, and in 2017 received the Bert Kroeker scholarship for continuing study in choral music education. Cynthia enjoys a busy schedule as a choral and jazz clinician and workshop presenter, regularly travelling across Canada and the US to work with choirs of all genre. She is on faculty with both the International Music Camp and the School for Music Vocations summer jazz camp. Cynthia maintains an active performing career. She is currently studying at the University of Toronto in the PhD Music Education program.