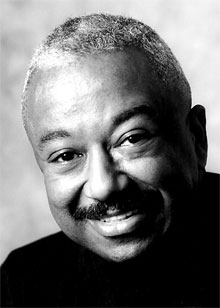 During the past 47 years, Duane Shields Davis has taught in the Grand Rapids public schools, Western Michigan University and Grand Rapids Community College, from which he retired in 2009. He is currently on the faculty at Indiana University as an adjunct lecturer in choral conducting. He recently stepped down as Chorus Master for Opera Grand Rapids, a position which he held for 31 years.

Duane served as director of The Disney-Grammy All-American College Singers for Walt Disney World, and he conducted the opening ceremonies for the Walt Disney World Animal Kingdom. He has served as a guest clinician in Riga, Latvia, for the 5th International Rigas Ritmi Music Festival, and was a guest presenter in Kyoto and Tokyo, Japan, for the 7th World Symposium on Choral Music. He has served as guest conductor for All-State Choirs in 12 states from California to New York.

Duane has been a part of Grand Rapids Symphony With Soul since the inception and continues conduct, compose and arrange the the annual concert. His vocal ensemble has shared the stage with such artists as Bobby McFerrin, Dianne Reeves, Tony Bennett, Take 6, New York Voices, Marcus Roberts, Lizz Wright and others.

In May 2016, Duane served as chorus master as for productions of Porgy and Bess at the Spoleto Festival USA in Charleston, South Carolina.