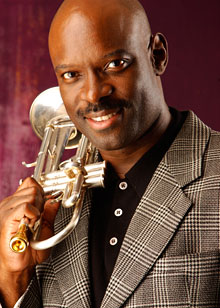 Dr. Ronald C. McCurdy is professor of music in the Thornton School of Music at the University of Southern California (USC) where he served as chair of the jazz department for six years (2002-2008). Prior to his appointment at USC he served as Director of the Thelonious Monk Institute of Jazz at USC (1999-2001).

Dr. McCurdy has presented masterclasses and clinics at major music conferences all over the world since 1983. Dr. McCurdy premiered the orchestral version of The Langston Hughes Project, Ask Your Mama: 12 Mood for Jazz with the Indianapolis Symphony Orchestra with rapper and television actor, Ice-T.