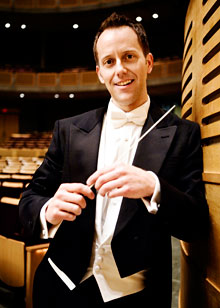 Dr. Robert Taylor is Director of Bands and Associate Professor of Music at the University of British Columbia in Vancouver, B.C., where he conducts the Symphonic Wind Ensemble, teaches instrumental conducting, and heads the Woodwind, Brass, and Percussion Division.

With a career in music education spanning over 20 years, previous appointments include the University of Puget Sound in the state of Washington and Eureka High School in northern California, where ensembles under his direction earned recognition by DownBeat magazine, the Selmer Corporation, and Grammy Signature Schools.

Dr. Taylor received Master of Music and Doctor of Music degrees in conducting from Northwestern University and a Bachelor of Arts degree in Trumpet and Music Education from Humboldt State University.

As a passionate advocate of music in the schools, Dr. Taylor is in high demand as a festival adjudicator, rehearsal clinician, and guest conductor throughout North America and internationally.