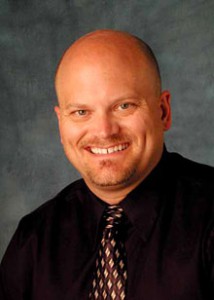 John S. Davis is Professor of Jazz Studies and Associate Dean for Administration at the University of Colorado Boulder College of Music. He is an active clinician, performer and guest conductor throughout the United States and Canada. He has taught courses in jazz history, jazz administration and pedagogy, big band, combo, vocal jazz, and jazz techniques.

Davis served as Director of the Thompson Jazz Studies Program for 13 years, during which time the program received more than 15 Down Beat magazine Student Music Awards. CU Jazz Studies was recognized by the university chancellor as one of the University’s “core programs of excellence.” Under Davis’ direction, Jazz Ensemble I performed at the 2002 and 2004 International Association of Jazz Education (IAJE) conferences and was recognized as one of the nation’s outstanding big bands by Down Beat Magazine in both 2003 and 2005. The band’s CD, CU ‘Round Midnight, features the music and artistry of Jim McNeely, and in 2006 they released  CU Over the Rainbow.

Prior to his appointment at CU, he served as Assistant Director of Jazz Studies at the University of Northern Colorado, where he was also Festival Coordinator for the UNC/Greeley Jazz Festival.

For 15 years, he served on the summer faculty of the Birch Creek Music Academy in Door County, Wisconsin, and was a faculty member of the Texas All-Star Jazz Camp in Plano, TX.

In 2012, Davis authored the Jazz Volume for the Historical Dictionary for Literature and the Arts, published by Scarecrow Press, Inc.