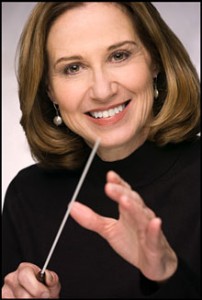 Dr. Holcomb is former assistant horn of the Des Moines Symphony and past president of the Iowa Music Educators Association. As a hornist, Holcomb has performed with international artists including Chuck Mangione, Simon Estes, Billy Taylor, Doc Severinson, and The Moody Blues.

Recently, she was presented with the A. Frank Miller award from Kappa Kappa Psi and elected to the Council for the World Association of Symphonic Bands and Ensembles, Vice President of the Conductors Guild and Past President of the Northeastern Division of the College Band Directors National Association.