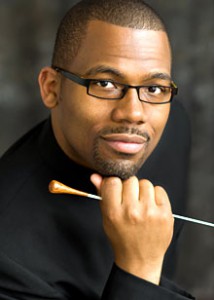 Dr. Eugene Rogers is Associate Director of Choirs at the University of Michigan where he teaches undergraduate conducting, conducts the Men’s Glee Club and the University Choir, and is the faculty director of the MPulse Vocal Arts Institute, a national high school summer progra.

Recently, Rogers conducted the University of Michigan Men’s Glee Club in Salt Lake City, Utah at the National Convention of the American Choral Directors Association (ACDA). In December 2014, the Naxos recording of Milhaud’s monumental L’Orestie d’Eschyle, on which Rogers served as a chorus master, was nominated for a 2015 GRAMMY® Award (Best Opera Recording).

As a singer, Rogers has performed with the World Youth Choir; the Portland Symphonic Choir; the Saint Paul Chamber Orchestra Chorale, and the May Festival Chorus in Cincinnati, Ohio.