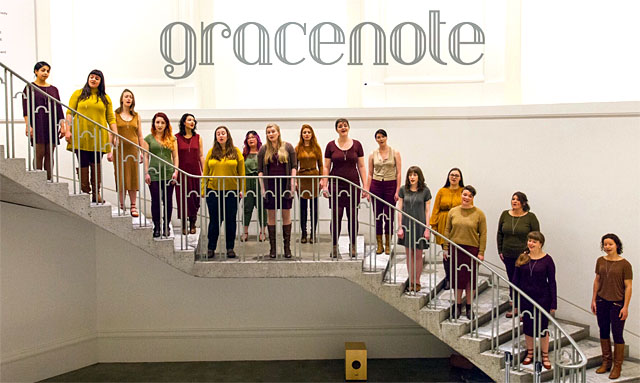 Gracenote is an a cappella treble choir based out of Vancouver, BC.

Founded in 2015, Gracenote began as a group of 10 singers. Their early rehearsals took place in a small East Vancouver living room, and their first performance took place in a yoga studio where the 35 audience members took off their shoes and sat on the floor. Since then, Gracenote has outgrown the living room and evolved into the current ensemble of 20 auditioned singers from various cities and singing histories.

Led by Malaika Horswill, Gillian Lippert, and Laura Metcalfe, Gracenote sings a wide range of music with a focus on authenticity in performance and genuine connection with their audience.