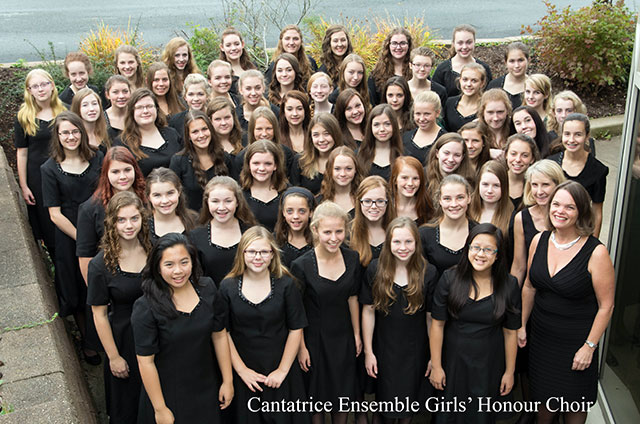 The Cantatrice Ensemble Girls’ Honour Choir was formed in 1997 to provide inspiring choral experiences for girls in grades 7 through 12. This auditioned choir is under the direction of Karen Newhook-MacDonald and is accompanied by Pamela Burton, both of whom are originally from St. John’s, Newfoundland and teach music within the Halifax Regional School Board. In communities served by the Cantatrice Ensemble, elementary choirs thrive while young singers then have few opportunities to pursue further choral development.

The Cantatrice Ensemble Girls’ Choir operated as a community choir for its first 10 years and is now a program recognized and supported by the Halifax Regional School Board’s All-City Music Department. By enabling members to experience a diverse selection of quality choral repertoire from classical to contemporary, the ensemble strives for choral excellence.

Karen and Pam brought the Cantatrice Ensemble to the Rocky Mountain Music Festival in 2009, and are excited to be returning to this event with a new group of Cantatrice members!